We all become unhappy from time to time. It is natural and part of the human experience. But what if one day you woke up in a world where you could not be sad? What if you woke up in a world where everyone had a smile on their face, even if was a permanent one? Now wouldn’t that be lovely? Of course, in order for this to happen everyone would have to take their medicine. Medicine that makes them feel nothing but happiness, despite the world around them. Everyone, including you. 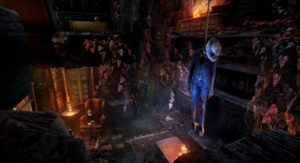 This was essentially the monologue that played in my head as I sat down to watch the trailer for We Happy Few by Compulsion Games, an upcoming survival game with a subtle dose of horror. Set in an alternate dystopian version of 1964 England where the entire population is fueled by the psychedelic, feel-good drug aptly named “Joy.”

Everyone smiles and does exactly “what they are supposed to do.” Everyone except you that is. You play the role of a “downer,” someone who has not taken their mandatory dose of Joy and therefore is a threat to the way of life. Thus you search for a way out of the city all while blending in with the drug fueled townsfolk so that you do not raise suspicion and meet an untimely end.

The game has a unique visual design to it that is immediately reminiscent of Bioshock with the cartoonish character appearance along with the slightly advanced technology of an alternate 1960’s timeline. It even features a nearly omnipresent voice over narration detailing your adventures from the friendly “Uncle Jack” television personality, who both inspires the people to be the best they can be and to violently kill those who do not conform. Much like Andrew Ryan or Zachary Comstock, Uncle Jack seems to take particular interest in you from his ever watchful eye in the sky.

While the game does ape the design choices of previous titles, if you are going to copy off of a kid in class, it might as well be the one who aced the last two tests, so I cannot blame them for that. And while We Happy Few may imitate the Bioshock series in some ways, they do differ in the gameplay department as permadeath is a foundation of the experience unlike in Bioshock where death was more of a temporary slap on the wrist by a nun who could not be bothered to put any real effort into her swing.

The reasoning for this of course is to promote that ever dubious concept of replayability. With procedurally generated cities and multiple characters for the story this means you will never quite know where to go or what route is safe and therefore presumably increase the immersion factor. However, if this is something that would normally be a turn off for you, do not turn away just yet as the developers have mentioned that the game will be “more accessible on easier difficulties,” but exactly how that will work has yet to be explained. 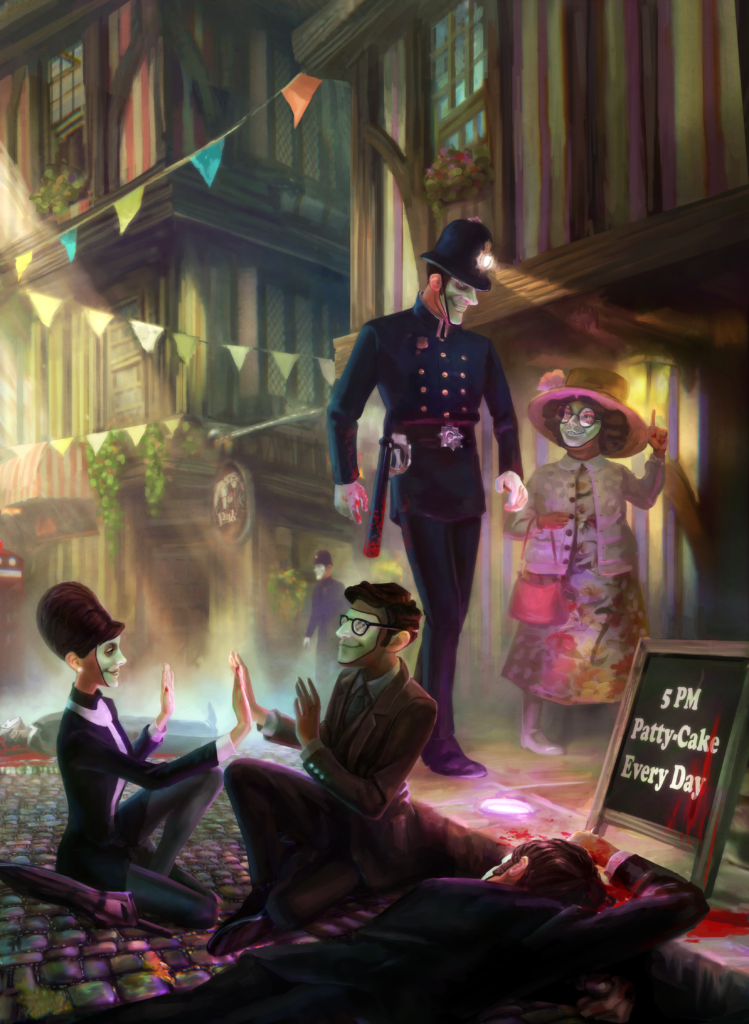 Ultimately, what I found intriguing about We Happy Few is the concept. Being the only outsider in a secluded town where everyone else seems to know about something you don’t. A world in which the community itself will turn from wholesome to murderous should you misstep, and that your cries for help will go unheard because the entire town is now against you. Where even presumed allies will betray you for “the greater good.”

In many ways, it is comparable to perpetually living in that scene from The Walking Dead where they pretend to be a fellow zombie, but could be detected and killed by the horde at any minute. Except this time the horde can think and lay traps for you. This has been one of my greatest fears ever since I saw the movie The Wicker Man which only grew when this concept was encapsulated by the opening sequence of Resident Evil 4.

This has even driven my desire to avoid living in a small remote town. Some might say I am paranoid. Some might say “You can trust your friends and family.” But I ask: Can you?

Those who are interested will be able to get a first-hand experience through Steam Early Access sometime mid-year, with a full release coming sometime in 2016 for PC, Mac, Linux and Xbox One.