Whether you are a fan of the Marvel movies or not (and statistically speaking, if you are a human being on planet earth then you are) it is hard not to see that the movies have fallen into a bit of a pattern. Every movie that has been made under the almighty Marvel/Disney umbrella has become less of a unique creative effort and more a recipe for printing money. That is not to say that they are bad, just rather predictable. I myself was a huge fan of Doctor Strange, but as I watched it, I couldn’t help but feel less enthusiastic for the plot, and more excited for seeing Benedict Cumberbatch become the Sorcerer Supreme. I know he is going to be triumphant like the hero is in every Marvel movie. I know the rather forgettable bad guys will lose like they do in every Marvel movie. I know I’m going to see a new Infinity Stone like there is in (nearly) every Marvel movie. So how can Marvel get out of this rut without losing money? Well if Logan is half as good as the trailers are, then 20thCentury Fox may in fact break the cycle for them.

Some of the films get away from this trend. Guardians of the Galaxy’s sci-fi setting and ensemble cast of well-rounded and likeable heroes makes the film stand on its own two legs regardless of its connection to the rest of the Marvel Cinematic Universe. You could have replaced Thanos with a cardboard cut-out of Pikachu and it would have the same impact. At no point does Guardians depend on the crutch of multi series continuity nor does it require you to have watched every film that has come out in the shared universe for nearly the last decade in order to have an enjoyable experience. Captain America: Civil War is another film that bucks its own established outline by having multiple different heroes have a punch-up in a parking lot. While I have my issues with Civil War, it did not have a forgettable villain to be used for only one film and then immediately tossed aside like a used condom. Or at least that villain was not the focus of the conflict. Instead, the drama from that film (in the beginning at least) is caused by a difference of ideology rather than someone shooting a blue light into the sky and threatening to destroy the world for the 100th time that day. 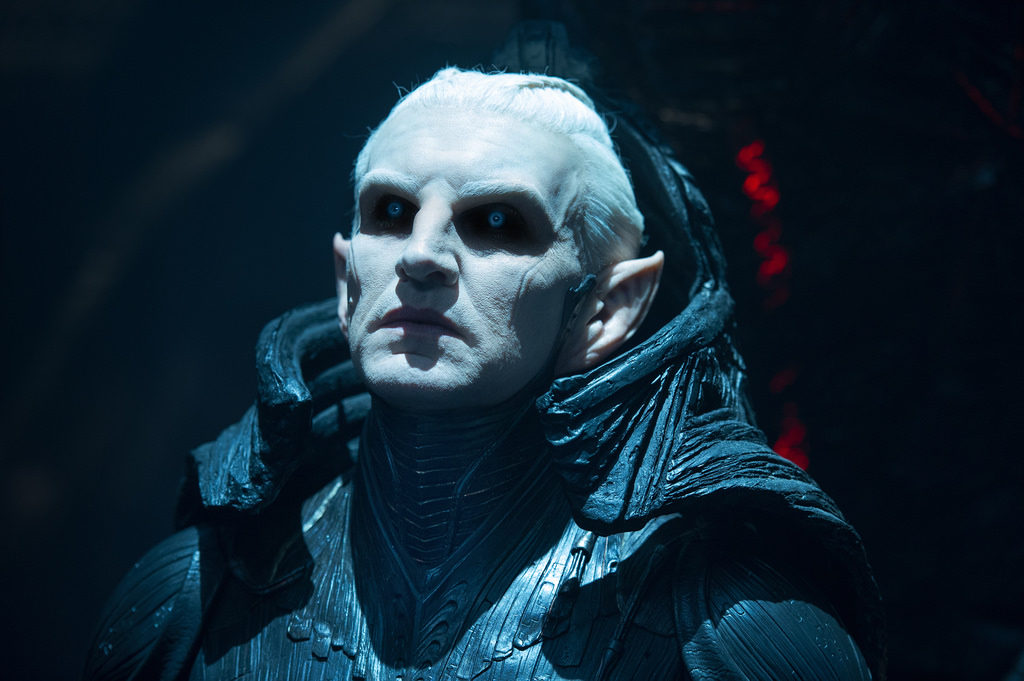 But far too often the Marvel movies simply do their job. The hero shows up, hits a punch card, and reminds us all to come back for the next installment. Iron Man 2, Avengers: Age of Ultron, Ant-Man, the entire Thor series; each one exists only to add another link in the ever-growing chain. Does anyone even remember the name of the villain in Thor: The Dark World? Good on you because I certainly don’t. So how can Logan break the mold? Admittedly the X-men franchise has been the redheaded stepchild for the better part of the superhero boom. They have had a few great installments, and a few too many bad ones. They are the C student in the class. But hey, at least they didn’t flunk out like the Fantastic Four. The X-Men franchise faces the unique problem of having two casts for the same characters simultaneously. While they attempted to wrap this up quite well in X-Men: Days of Future Past, the following film, X-Men: Apocalypse managed to unravel much of that hard work in a single installment. One of the only agreed upon constant in these films has been Hugh Jackman as Wolverine and even that will sadly come to an end with Logan. But that fact alone may help make his final appearance a true swan song rather than a flamingo flop.

Death With Meaning – In the Marvel movies, the only characters that have died and stayed dead have been the numerous nameless nemeses and Quicksilver. Every other character that has come close to death or even significant injury, is up and walking or 100% healed by the credits. The X-Men films are no stranger to death. Cyclops, Professor X, Jean Grey, and Havok have all died in the films and that does not include the list of deaths seen in Days of Future Past which is, well…all of them. The difference between the X-Men deaths and the main Marvel deaths is that the ones that died either have stayed dead, or when the bell finally tolled for them, it was long after we had time to get to know and connect with the characters. Admittedly, this is not always the case. Magneto’s family in Apocalypse might as well have a fucking countdown clock above their head reading “Tragedy to Strike in 5:00.” But you cannot tell me that the death of Professor X in X-Men: The Last Stand did not get to you even a tiny bit. Logan presents a unique opportunity by taking place in the future as a sendoff film that is not tied to the previous Marvel movies and thereby forced to tow the company line and ensure the status quo. Judging solely from the trailer, the other X-Men that we have come to love who we just got back are presumably dead. The tone of the trailer gives us the very real feeling that this will be not only the last we see of Hugh Jackman as Wolverine, but of Patrick Stewart as Professor X. If done properly, the deaths of these two characters will have more impact on fans than any death in any of the previous superhero movies combined.

R Rating – After Deadpool showed studios that, yes, you can in fact have a financially successful superhero movie that can cater to adults, we are finally getting to see Wolverine in all his bloody glory. Of any character in Marvel’s roster of heroes, few are better suited for an R rating than Wolverine. Like Deadpool, Wolverine’s mutant powers come from his ability to survive and inflict extreme amounts of pain. While the previous films often found a way around the more grisly aspects of his fights, it always felt like we were dealing with a character that was being held back by wearing safety mittens. Outside of the physical pain he suffers, Wolverine is one of the most tragic figures in the Marvel universe. He has been physically and psychologically tortured, accidentally killed his own parents, killed his own children, and had to kill the woman he loved not once, but twice! Anyone that gets close to him meets an untimely and often violent end. A more brutal, desperate Logan who has little to lose and no one left to care for will result in him taking off the metaphorical restraints he has always been forced to wear in previous movies, and help amplify the mood and tone of this final installment.

A Story for Adults – The superhero genre is designed from the ground up to appeal to kids and the kids at heart. But after more than 50 (look it up) superhero movies since 2000, some of those kids have grown into adults. And some of the adults have grown suicidal at the thought of sitting through another fucking masked melee marathon. Some of us are ready for another flavor of the week. This is one of the reasons why Deadpool was such a monolithic success. It was something different. While Deadpool was adult in its content, the subject material was straight from a teenage power fantasy. Again, there is nothing wrong with that, but Logan has the opportunity to give us something different. It is the story of a man who has seen the world he grew up in slowly disappear. He has buried more friends than he can count, and he feels alone. What adult doesn’t long for the days of their youth when things were simpler? When days were spent with friends. When their body could bounce back from injury. When the future could hold endless possibilities compared to our present. In previous films, Logan does not fear the future, just as we didn’t in our own personal past. But as we get older things change. Friends grow distant. Opportunities become increasingly rare. Loved ones sadly die. Many of us look to our children as the hope for our future because we know our days are numbered. This is a theme clearly evident in the trailers and one that is universal for an audience that may have started their journey with Hugh Jackman as Wolverine when they were younger, who very well may have kids of their own today.

Ultimately we will have to see the movie to know for sure, but Logan certainly has enough going for it to be not only a breath of fresh air for superhero films, but perhaps the greatest X-Men film to date. Hell, if it’s half as good as the trailer featuring Johnny Cash’s rendition of “Hurt” then that’s already a solid B+.